Ethical Law is an Interactive Fiction RPG with Kingdom management Strategy tactics, as well as Dungeon Crawling with fights and spells and more!

Rich Story with over 33.000 words, so far, many pathways in a pure Medieval Fantasy setting.

Manage your kingdom's food production, crops or even armory!

Arena and other battle encounters!

Hidden plot and action based hidden paths that impacts your decisions!

I think the fact that I am not an English native speaker will not disturb your gameplay and your fun!

There are some known bugs and the balance in game is not fully tested. This is Alpha version 0.3.9en.

Ethical Law is work in progress, but its further development will be continued if there is truly interest by the community!

There is a part of a story that contains medieval - sexual fantasy and use of alcohol, so it is not recommended for kiddo's. Also, the game contains fights, blood, conspiracies and a lot of pure medieval fantasy adventure!

Your feedback is MORE THAN WELCOME! 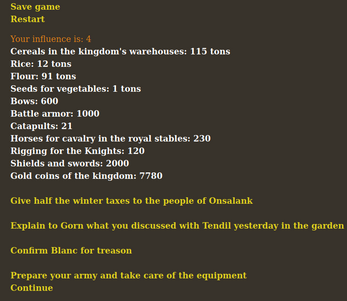 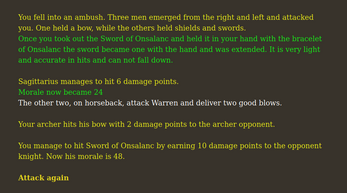 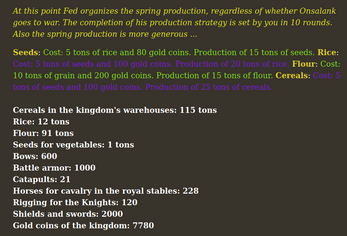 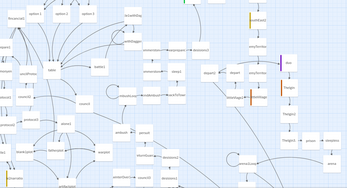